The discussion panels of European Lab 2019 curated by Reworks Agora 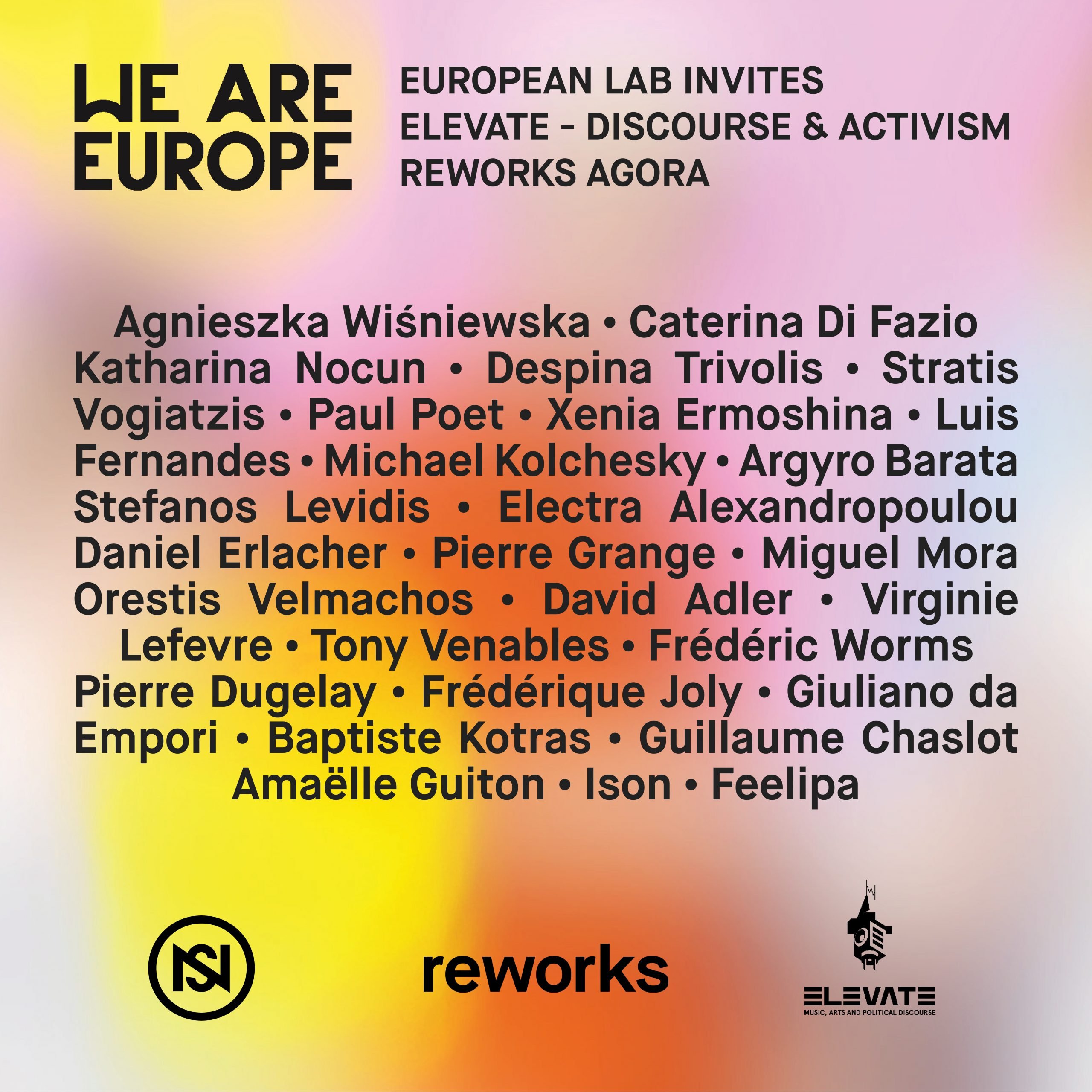 Reworks Agora visits Lyon and European Lab, the forum of Nuits Sonores for the second time in three years.

Reworks’ forum of ideas will curate dicussion panels in major topics of today’s society in Europe. Below you will find details on its content and speakers:

THIS IS LONDON, ATHENS AND WARSAW

Not just European elections, but also local elections (Spain, Greece), regional elections (Belgium) and presidential elections (Lithuania). And all in the shadow of Brexit. The events of late-May 2019 have the potential to turn Europe’s political landscape upside-down. To understand the different impact that the results may have across Europe, from Brussels to the Balkans, European Lab will invite representatives from new European media outlets such as The Press Project in Athens and Political Critique in Warsaw to compare their notes on the shockwaves that are about to be felt throughout the continent.

Recently nominated for the prestigious Turner Prize, the data architects at Forensic Architecture have developed new investigative methods that simultaneously draw on art, cutting-edge technology, topography and architecture. Founded in 2001, this team of activists are reinventing the art of investigation, including by reconstructing crime scenes in order to defend human rights and to bring the abusive actions of certain States to light. In 2018, they uncovered the involvement of the Greek police in the murder of Pávlos Fýssas. A rapper on the alternative hip-hop scene in Athens and an anti-fascist militant, Pávlos was murdered on 18 September 2013 in Keratsíni, in the suburbs of the Greek capital.

The authorities were quick to accuse neo-nazi political party Golden Dawn, imprisoning several of its members in relation to the crime. However, Forensic Architecture pursued the inquiry by meticulously synchronising and timestamping all the audio and visual materials that had been presented before the court (including radio recordings, video footage and witness statements). By doing so, they were able to demonstrate the passivity of the police in allowing a murder to take place that could have been avoided. Through a case study of the Pávlos Fýssas investigation, and thanks to contributions from other anti-Golden Dawn activists, this sequence aims to shed light on the pioneering investigative methods employed by Forensic Architecture.

MOBILISATION 3.0 : WHICH STORY-TELLING FOR TODAY’S CHALLENGES ?

At a time when we are constantly facing challenges concerning the environment, inequality and migration, what role do creative actors have to play in mobilising greater awareness? Across the full range of artistic disciplines, it is often directors, photographers and artists that are found on the front line fighting for these causes, using immersive methods of storytelling to sound the alarm and call for solidarity. Anthropologist-photographer Stratis Vogiatzis has demonstrated as much with Caravan Project, in which he documents a Greece in the throes of crisis. Meanwhile, in his faux-documentary Please Love Austria!, award-winning Austrian director Paul Poet uses cinema to condemn the irrepressible rise of the far right in his country since the start of the 2000s. But nowhere does this phenomenon – whereby narrative forms are reinvented to denounce, accuse, shed light and make a political and social impact – manifest itself more overtly than in the use of virtual reality. Look no further than director Michael Kolchesky, who experiments with the new possibilities offered by this technology in her documentaries and by helping others to develop their VR projects, pushing for the educations side…. and awareness of the global change.